And openly I pledged my heart to the grave and suffering land, and often in the consecrated night, I promised to love her faithfully until death, unafraid, with her heavy burden of fatality, and never to despise a single one of her enigmas.

Thus did I join myself to her with a mortal cord.

Hoderlin: The Death of Empedocles

Here I am, once again, talking about Amor Fati. Love of existence, with all its suffering and all of its happiness, with the dying and the living, with sickness and health. To love all, to deny anything.

The simple fact that this choice can be made, to love in spite of everything, is in itself, an act of rebellion. It is as if existence is yelling at us: There is no meaning! You are alone in a rock floating through space! You are going to die and everyone you know is going to as well! And yet, we can choose to look back and smile.

It is the truth, indeed, that death smiles us all, all a man can do is smile back.

I love the simplicity of stoicism, you don’t need to hear many words to understand and be at peace. Deeper understanding is profoundly enjoyable however and in Albert Camus book, The Rebel, I found the best explanation I’ve read so far about Amor Fati from the great philosopher Friedrich Nietzche.

It is well known that Nietzche used the term Amor Fati quite often in his diverse writings:

“My formula for human greatness is amor fati: that one wants nothing to be different, not in the future, not in the past, not for all eternity. Not only to endure what is necessary, still less to conceal it — all idealism is falseness in the face of necessity — , but to love it…”
― Friedrich Nietzsche

Why did he come into such heavy notions?

Nothing to be different? Not even WWII? Seriously? How can he even claim that? Why do the Stoics use it as well? When you take it this far, you begin to question such philosophy. But Nietzche, he must’ve had his reasons.

Quite famously, Nietzche claimed the god was dead. And even if he existed, he claimed:

Thus God is useless, since He wants nothing in particular. If He wanted something—and here we recognize the traditional formulation of the problem of evil—He
would have to assume the responsibility for “a sum total of pain and inconsistency which would debase the entire value of being born.” We know that Nietzsche was publicly envious of Stendahl’s epigram: “The only excuse for God is that he does not exist.” Deprived of the divine will, the world is equally deprived of unity and finality. That is why it is impossible to pass judgment on the world. Any attempt to
apply a standard of values to the world leads finally to a slander on life. Judgments are based on what is, with reference to what should bee—the kingdom of heaven, eternal concepts, or moral imperatives.

Moral conduct, as explained by Socrates, or as recommended by Christianity, is in itself a sign of decadence. It wants to substitute the mere shadow of a man for a man
of flesh and blood. It condemns the universe of passion and emotion in the name of an entirely imaginary world of harmony.

Idealism is true nihilism. Insofar as it negates truth for something which is not.

Jesus of Nazareth and Christianity

Nietzche was a furious critic of Christianity, going so far as to claim that Christianity was everything opposed to Christ himself. Christ was not a rebel, he practiced non-resistance, he did not kill, not even to prevent killing. He attacks Christianity insofar as it is a representation of morality.

What is the profoundly corrupt addition made by Christianity to the message of its Master? The idea of judgment, completely foreign to the teachings of Christ, and the correlative notions of punishment and reward. From that moment nature becomes history, and significant history expressed by the idea of human totality is born. From the Annunciation until the Last Judgment, humanity has no other task but to conform to the strictly moral ends of a narrative that has already been written. The only difference is that the characters, in the epilogue, separate themselves into the good and the bad. While Christ’s sole judgment consists in saying that the sins of nature are unimportant, historical Christianity makes nature the source of sin. “What does Christ deny? Everything that at present bears the name Christian.”

Christianity believes that it is fighting against nihilism because it gives the world a sense of direction, while it is really nihilist itself in so far as, by imposing an imaginary meaning on life, it prevents the discovery of its real meaning:

And what is then, the real meaning of life? In this world devote of god and meaning, we are alone, we have no particular place to go, we are floating in the ocean.

Here, we now arrive at the famous phrase from Dostoievsky, “if there is no god, then everything is permitted”.

This is the heavy burden of the free mind, in this world, devoid of rules, devoid of morality, must men gladly go back to traditional moralism and ask no further questions, living as if the realization of the falseness of imposed morality was true.

Freedom is a heavy burden, it isn’t attained by the weak or faint-hearted. 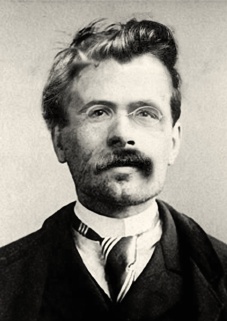 Because his mind was free, Nietzsche knew that freedom of the mind is not a comfort, but an achievement to which one aspires and at long last obtains after an exhausting struggle. He knew that in wanting to consider oneself above the law, there is a great risk of finding oneself beneath the law. That is why he understood that only the mind found its real emancipation in the acceptance of new obligations.

The death of God accomplishes nothing and can only be endured in terms of preparing a resurrection. “If we fail to find grandeur in God,” says Nietzsche, “we find it nowhere; it must be denied or created.” To deny it was the task of the world around him, which he saw rushing toward suicide. To create was the superhuman task for which he was willing to die.

How canone live freely and without law? To this enigma man must find an answer, on pain of death.

Nietzsche at least does not flinch. He answers and his answer is bold: Damocles never danced better than beneath the sword. One must accept the unacceptable and hold to the untenable. From the moment that it is admitted that the world pursues no end, Nietzsche proposes to concede its innocence, to affirm that it accepts no judgment since it cannot be judged on any intention, and consequently to replace all judgments based on values by absolute assent, and by a complete and exalted allegiance to this world. Thus from absolute despair will spring infinite joy, from blind servitude, unbounded freedom. To be free is,
precisely, to abolish ends. The innocence of the ceaseless change of things, as soon as one consents to it, represents the maximum liberty. The free mind willingly accepts what is necessary. Nietzsche’s most profound concept is that the necessity of phenomena, if it is absolute, without rifts, does not imply any kind of restraint. Total acceptance of total necessity is his paradoxical definition of freedom. The question
“free of what?” is thus replaced by “free for what?” Liberty coincides with heroism. It is the asceticism ofthe great man, “the bow bent to the breaking-point.”

And thus, Nietzche arrives at Amor Fati, the love of existence, as the ultimate and total expression of freedom.

Freedom must be lucid, lucidity is experienced immediately. We cannot live life judging it or expecting it to be something that it is not. To live with what is, to accept what is, gives us the power to have freedom as part of the true realm of logos.

To judge is to kill. Accept what is and be free. By making this choice you are no longer against the universe but with him, as one.

Subscribe and receive for free the Askesis ebook to further develop your practice of stoicism.

Visit our Patreon page for more stoic, Patreon only content. Thanks. 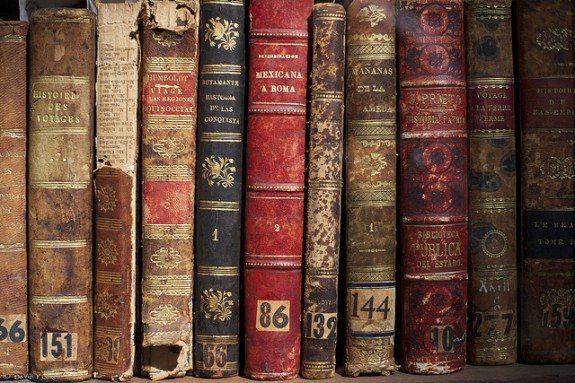 Let’s use social media for something helpful, shall we? Help the world by spreading Stoicism, pay just $9 and gift a Mexico City person a copy of Meditations by Marcus Aurelius. I’ll send you an email so you can write a personal message and the photo will be uploaded to the Stoic Answers page.