I want to talk about fear. Courage is one of the cardinal virtues in Stoicism. It is very, very important. You see, a stoic must be willing and not only willing but also happy about facing anything that comes his way. As I write this words I smile cause I remember the attitude that a stoic should have, it gives me peace.

What is fear? I want to dissect it so we can understand it fully.

The dictionary says as follows:  distressing emotion aroused by impending danger, evil, pain, etc., whether the threat is real or imagined;

That definition is not enough.

Fear is the reason we don’t take action. Fear is the painful experience of knowing what 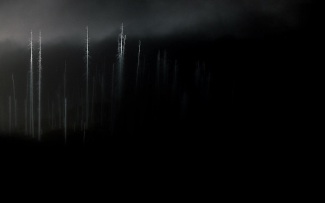 I’m too tired. I don’t feel like doing that today. Next time I see her, I’ll ask her number.

That is fear. Fear speaking behind curtains, just like Grima in The Lord of the Rings murmurs King Theoden behind his back. That is fear in our lives. Saying: it’s ok, we’ll do it tomorrow, today we are tired and all that familiar stuff.

The problem with fear is precisely this, it hides, and even worse, we don’t want to see it.

We can think of our lives as trivial and normal, but no! Believe me my friend, you are now, here, in the very battle of your life.

You and I are going to die, literally.

We all have our great war and greatness lies at the other side.

First we have to realize this. This is the great battle of our lives. That project you have

been thinking of? That girl you want to go out with? That city you want to visit? That book you want to write? Inner peace?  Those are the manifestations of your personal battle. Anything that you want to achieve, that is your battle.

Once we know our fears we must face them to rise.

This is why courage is one of the cardinals virtues of stoicism, greatness requires courage. There are going to be many battles in our lives and so we need to be sure of what we stand for. As stoics, courage is our answer. Everytime we encounter fear, we act with courage.

Why do the stoics feel happy about everything, even our fears? Fears shows us our way. It shows us the obstacles to overcome for us to rise into greatness. As stoics, nothing is despised everything is embraced gladly.

From now on, listen. Listen very carefully. There is a voice inside each of us that knows.

That knows right from wrong, at least personally. That voice is courage. Fear wants to be the one talking, and if we let it talk enough, just like King Theoden, we will become dull and weak, like dirt creatures. Courage gives us light, who do you prefer Gandalf or Grima? Or for those of you who haven’t seen the movie, a lion or a snake?

It is our light not our darkness that most frightens us.

One thought on “Fear, Sneaky Bastard.”